Babysitter Dressed Up For Bondage 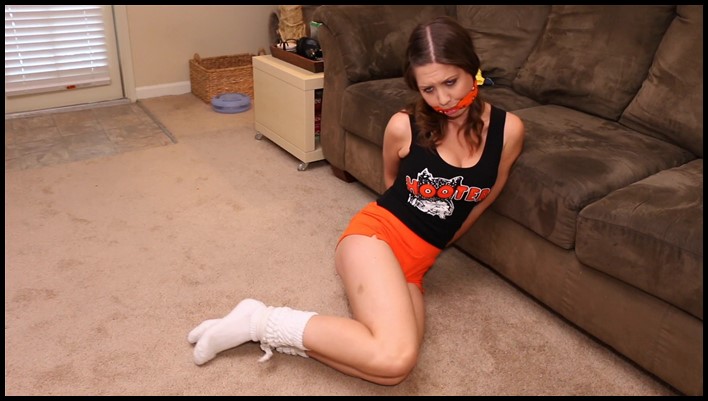 Babysitter Dressed Up For Bondage
16:15 video
This POV clip features a silent cameraman –
Im babysitting someone a little older than I usually would, but it was a favor for a friend. I ask him what he wants to do and he says he wants to role-play. I ask him what he means by that, and he shows me a hooters outfit he wants me to change into. I think it is a but odd, but I do really like the outfit and wonder what it will look like on me, so I change into the outfit right there while he goes to get some props. When he returns he is holding a bunch of rope and I ask, "What are you going to do with that, tie me up? Well, I guess I am supposed to be a hostage, so as long as you don’t tie it too tight I guess its ok"I tie up my own ankles over the socks, and he ties my hands off screen. I mention that he really knows how to tie a knot as I struggle to test the bonds. He goes into the other room, leaving me to struggle. I keep playing along, talking about how now that Im all tied up things are out of my hands. Since a hostage usually yells for help, I do so fairly quietly since I don’t want the neighbors to find you like this, but I do want him to come back and untie me now. He comes back in and I tell him to untie me. Instead he gags me with a bandana and leaves the house! Great! Now Im really in trouble!
I struggle and try to yell for help but the gag is too tight. A little while later I hear the door open and its finally a neighbor here to rescue me! He takes off that horrible gag and I tell him what happened and beg him to untie me. He does but as soon as Im free he starts threatening me! "Are you are a robber?" I exclaim. I cant believe I mistook him for my neighbor! He forces me to strip nude, I beg him not to make me but he threatens me again, so I remove all my clothes until Im naked and humiliated, then slowly turn to show him my body, as ordered. He makes me walk into the bedroom, and I really fear the worst now. To my dismay he ties me back up, stretched out on the bed. I cant believe how bad of a day Ive had, getting tied up twice in a row! The ropes are so tight that all I can really do is roll on my side a bit. I could scream, but he is still in the house, if I do he might gag me again, then no one would ever hear me! So I just keep struggling and hoping someone finds me soon! 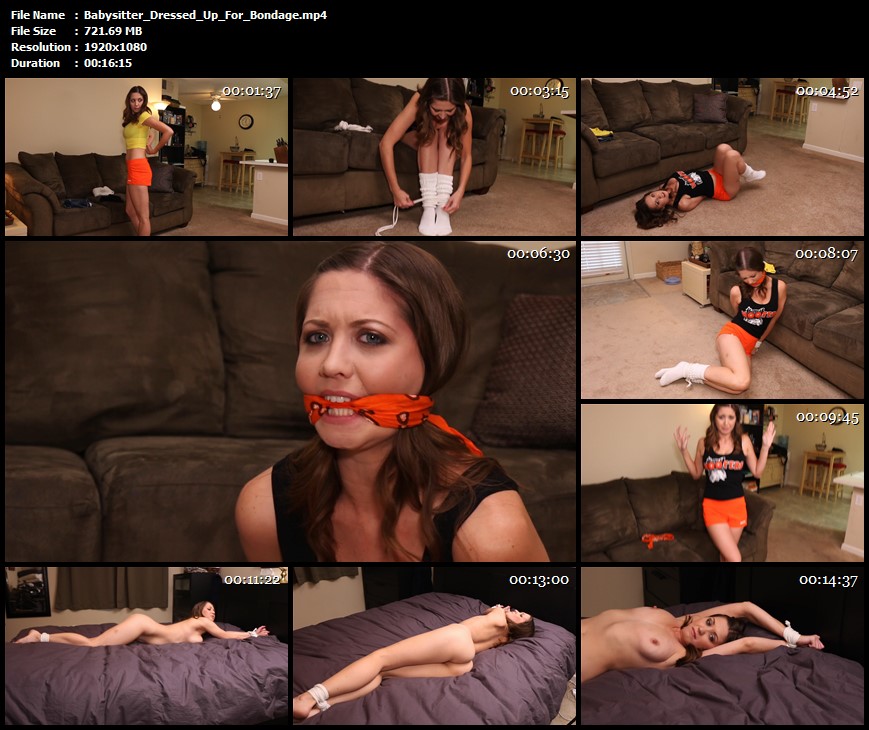