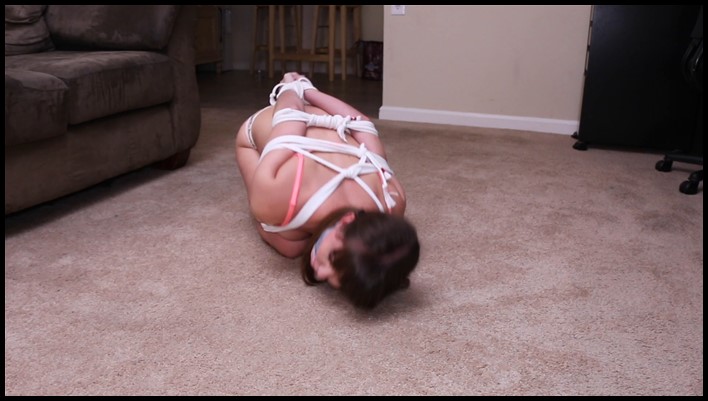 Ball Tied Torment
14:25 video
Chrissy just got home from class and goes to her bedroom to change, unaware that an intruder followed her in! He spies on her removing her tennis shoes to reveal her colorful ankle socks. She then strips down to her sexy underwear and looks in her drawers for an outfit to change into and he makes his move, quickly, but quietly, sneaking up on her then grabbing her from behind and hand gagging her briefly before throwing her onto the bed to tie her up. He rips off her purple ankles socks, stuffs them in her mouth, then shows no mercy as he tightly cleave gags her with duct tape, sure to keep her quiet while he finishes he business! He ties her ankles together with rope then secures them to the bottom of the bed, hands ties spread overhead (gagging and tying off screen). She struggles on her tummy, writhing and wiggling around, her round ass bouncing up and down as her hips are basically the only part of her free to move! She mmpphs in distress and frustration that she can’t escape!
After a while the man returns for more fun! He unties her from the bed, lifts her up and carries her over his shoulder into the main room, where he tightly binds her into a tiny ball, completely restricted and barely able to struggle at all! She helplessly tries to move, eventually succeeding at falling over onto her side, which doesn’t turn out to be any better of a predicament. The distress from her gag is evident. Just when she thinks the worst has happened, he returns and proceeds to tie her big toes together just to torment her! He decides to do her a favor and picks her up, still bound into a ball, and puts her onto the couch, where she will stay until someone comes to rescue her! He flees the scene and leaves poor Chrissy humiliated, bound and gagged! Now she really can’t struggle much or she will fall! She can’t believe how helpless she feels, hopefully someone will find her before it’s too late! 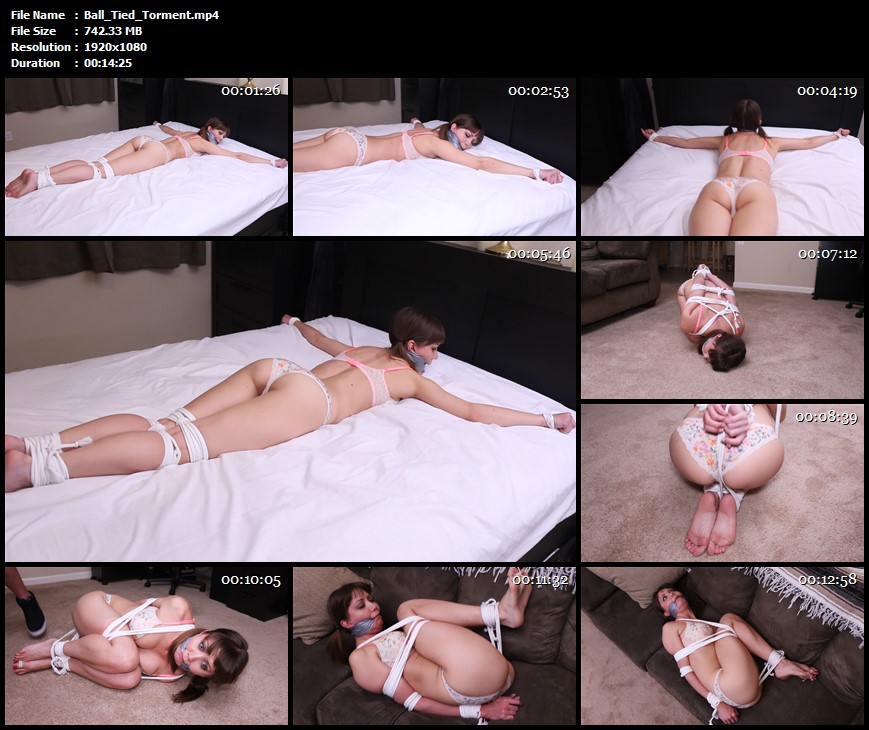