Bitch Boss Bound To Her Desk 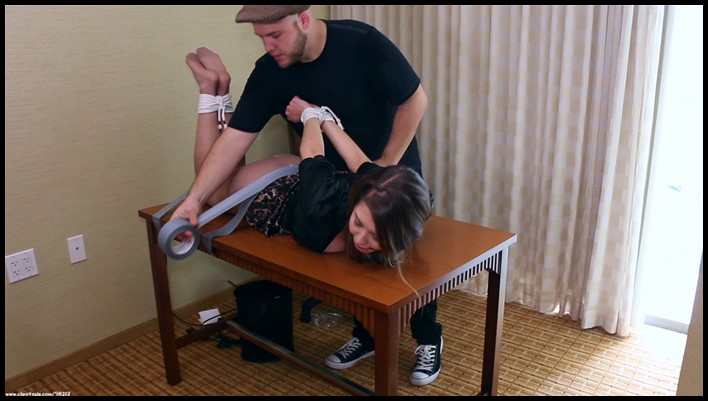 Bitch Boss Bound To Her Desk
15:30 video
It’s the end of a very long and difficult work week, and I’m just finishing up a few emails before I head out for the weekend. Yesterday I was forced to put an employee on suspension for an indefinite amount of time, forcing him to seek treatment for his issues. He is repeatedly sexually inappropriate to his female colleagues, and I’m not sure if he knows, but I can see that he watches porn for hours a day in his office instead of working. I really want to fire his ass but when he does work he does a great job. Maybe suspension and counseling will keep me from having to do that. He had to be escorted out by security, and they informed me that when he emptied his personal belongings from his desk that there were some odd objects in there, but I didn’t think much of it at the time. Anyway, just as I’m finishing up for the day I see him walking down the hallway towards my office. What the hell is he doing here?! He walks in, shuts the door and tells me that he wants to contest his suspension. We argue a bit but I ultimately tell him my hands are tied and I can’t back down this time. That’s when he says "Yea, your hands are about to be tied!!" It takes a minute for it to click, in the meantime he grabs the robe from what I thought was just a grocery bag, and then I realize what’s going on! I try to fight him off with all my strength but he is much more powerful and pins me down to my desk with ease, tightly wrapping the rope around my wrists. I can’t believe he is doing this! I tell him he is so fired and to stop immediately, but he just keeps going! He tells me he has always hated the fact that I talk a lot, so to shut me up this time he came prepared! To my surprise he shoves a huge ball gag in my mouth! Then he unbuttons my blouse and starts groping my tits and humiliatingly teasing me! He continues on by tying up my ankles of course so that I can’t run away. Just when I think he is finished I tell him he won’t get away with this, someone will find me eventually! He just says he will be long gone by then and surprises me yet again by forcing me onto my stomach and pulling out a roll of duct tape, wrapping it around my thighs and torso several time tightly binding me to my desk. Now I’m really stuck and can barely wiggle! The ball gag is causing my mouth to fill with saliva and I try to hold back but it starts to spill out of my mouth uncontrollably. He finishes off by tightly hog tying me to make sure there is zero chance that I’m getting out of here. He wants to make sure it will be humiliating when the big powerful boss lady is found like this. Once he has had he revenge he leaves me there all helpless and stuck to my desk. I try to struggle but everything is so tight, I don’t think I’ll ever be able to get out! I keep drooling and now it’s getting all in my hair and it’s really gross! I just want this gag out of my mouth so I can swallow! Of course I wan’t someone to come find me and help me, but it is going to be so embarrassing to be found like this, I would almost rather stay bound and gagged like this forever! 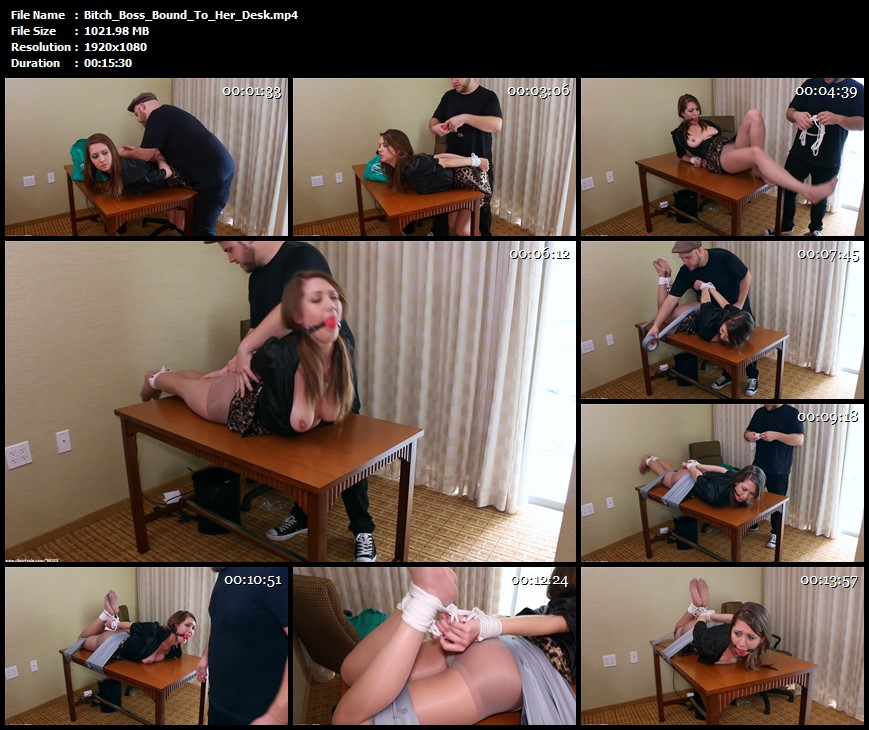