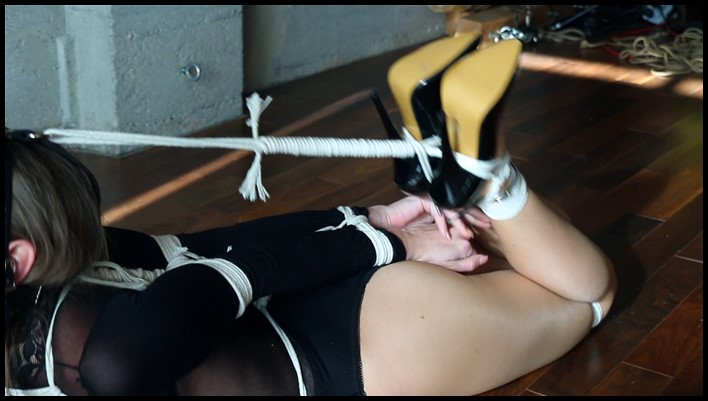 Harnessed & Hogtied Pt.
10:45 video
After the photoshoot in part one, Chrissy thought she was done for the day and the guys would finally remove her gag and untie her. They did remove her gag, however then came up with an idea they thought would be funny! They instead hogtied her again, this time with the rope around her neck, and left her to an impossible escape challenge while they challenged each other to a game a chess. She can either escape on her own, or they will let her out once they finish their game, which who knows how long that could be! They tease her by cracking open some beers and leave the camera recording while they play. She can’t struggle too much because of the hogtie attached to her neck, but she tries her best to find the knots and untie them, although it seems they are all tied off out of reach! It doesn’t take long for her too also realize that it will be impossible, she is really stuck but in good spirits keeps trying to escape until they finish, but barely manages to get free at all! 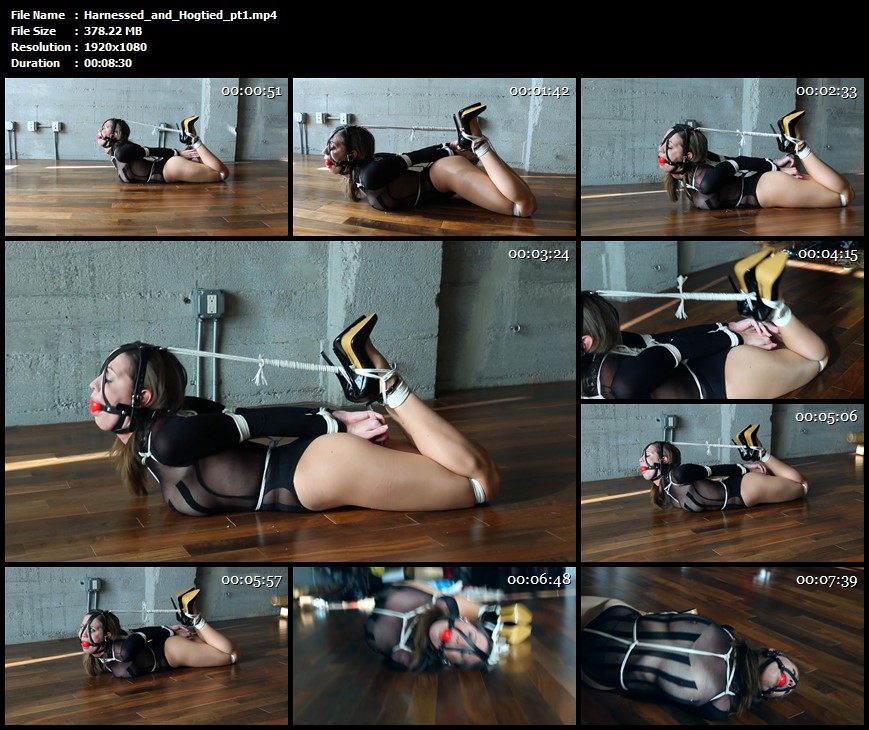