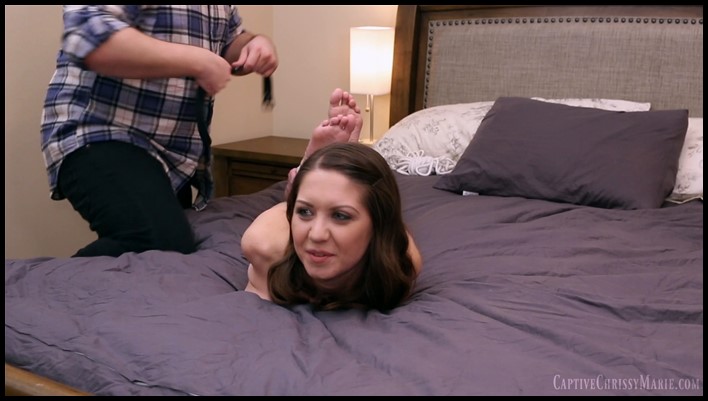 Hogtie Horror
16:11 video
Even though he had a long day at work and wasnt really in the mood, Chrissy really really wants to be tied up tonight. She flirts and teases him and it doesnt take long for her to persuade him to tie her up in a severely arched hogtie on the bed! He tells Chrissy that if he is going to tie her up tonight then she will have to strip naked for it! She happily obliges and seductively peels off her shorts and top before excitedly plopping onto her belly to begin getting tied up. She tells him to make sure it is tight! He has no problem with that as he begins tying the ropes around wrists, ankles and legs. The more rope he adds the more she starts mmmpphh-ing and moaning with arousal. He goes on to tie her elbows together so that they are bound tightly together and finishes off the hogtie! She starts telling him about this idea she had, about how much it turns her on when he grabs her throat and restricts her breathing when she cums. She mentions maybe he can do the same with the rope. She asks him to tie it around her neck. At first he tells her it is too risky but she is already so hot bothered he doesnt want to let Chrissy down so he grants her wish and attaches it to her feet so that she cant struggle too much without it being too hard to breathe! Finally she requests that he gag her with her big ball gag because she knows she is going to get loud. She wiggles, writhes and moans in the ropes as he fondles and caresses her body. A short while his phone rings and he insists he has to take this call and leaves her on the bed alone, helplessly bound and gagged. She isnt too worried at first because she is sure he will return quickly, however the longer she endures the strict bondage the more she realizes the seriousness of predicament! She begins sweating from the excitement as she tries to get free, but is soon moaning less and grunting more as she begins to struggle for breath. She tries to call for her boyfriend but he can’t hear her because she insisted to be ballgagged! She tries to wriggle free more violently, panicking and just hoping that he will come back and untie her any minute now, before its too late! 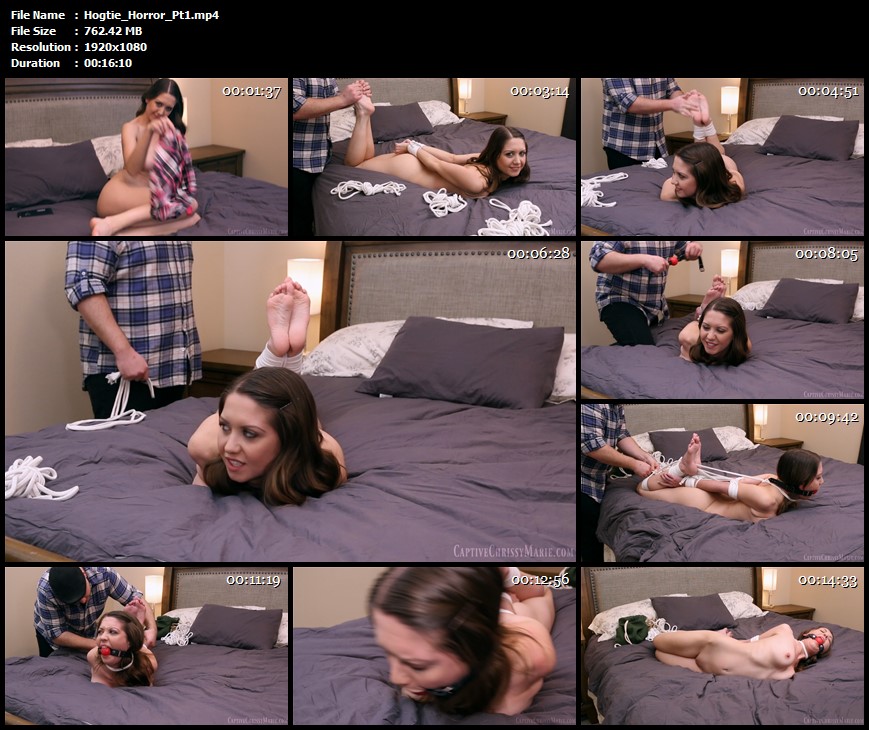