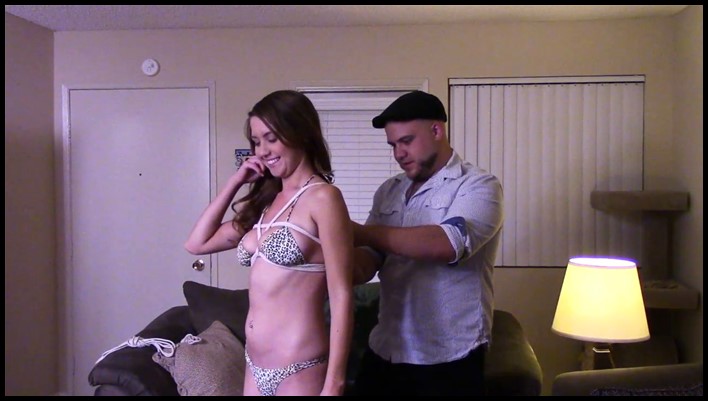 Model Casting Gone Wrong
15:05 video
I’m running late to a casting for a photoshoot gig that I really want to get, as I could really use the paycheck right now. Traffic was just horrible today! I’m a bit confused when I arrive at an apartment rather than a photography studio, but I rush in anyway as I’m late enough as it is. The photographer welcomes me in and asks me to strip into the bikini he asked me to bring for the casting. I find it odd he is filming our entire casting on his video camera, but I understand it is probably helpful when making the final decisions on models. I strip down and he instructs me into some poses, which I consider odd requests, but I go along with it. Things start to get even more strange when he tells me he has to tie me up to see if I would be a good fit for the photoshoot. I really need the job, so again I go along with it, letting him tie up my breasts, ankles, legs and wrist with rope. I should have known better that things were getting too creepy now. As soon as I am tied and helpless, he proceeds to take advantage of me, stripping me of my bikini top and taking topless photos of me without my permission! I tell him he must let me go and that I don’t want the job anymore, but he refuses, instead gagging me with a ball gag so tight that I can’t swallow and almost instantly start drooling on myself! He leaves me to share his dirty photos of me with his other producer friends and I struggle to escape, but he returns for more before I can get free!