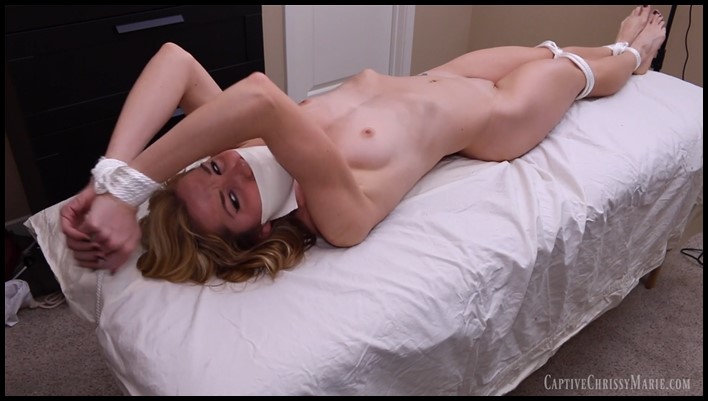 The Manipulative Masseuse Strikes Again!
14:45 video
Starring Janira Wolfe –
Janira has been working long hours and realizes she has some really tense muscles. She would love a massage but doesnt even have time to step away from her desk! She looks online and finds someone who does outcalls for a really great price. She is in such a rush that she doesnt bother looking for reviews or references and calls him up to book him on a whim. She gives him the address to her home office and a short time later the masseuse finally shows up to Janiras office and quickly sets up. He tells her she will need to strip fully nude and steps out of the room while she disrobes. While out of the room, the masseuse preps his cloth and solution to help make his plan go a little smoother. She lies down and tells him she is ready, still completely unaware that this man is not actually a masseuse at all! He comes in and begins massaging her back with oil, but its not long before he cant wait to get started and pulls out the cloth with one hand. He sneaks up underneath her, clamping the rag firmly over her mouth and nose, holding her head down into the headrest as she struggles violently until she finally starts to fade and her arm flops limp off the table.
Now that Janira is knocked out he gets to work securing her to the table with rope before she wakes back up. She is definitely a fighter so he knows he will have to tie her up extra tight. When she comes to she is initially confused at what happened but then realizes she is naked and tied up and gets very angry, demanding that he let her go! Her protesting is getting way louder than he expected so he has no choice but to gag her with panties from her gym bag and tape her mouth shut! He leaves her to struggle and blow off some steam, he would rather have his way with her once she settles down and realizes there is no escape and she must accept her fate! Janira struggles aggressively to no avail, loudly grunting and mmmpphing through her mouth packing gag, but she is tightly bound to the massage table and she wont be going anywhere unless she takes it with her! After an intense fight she eventually realizes its hopeless and starts to calm down. The masseuse hears her get quiet and returns to check on her and see if she is ready to cooperate and have some more fun! 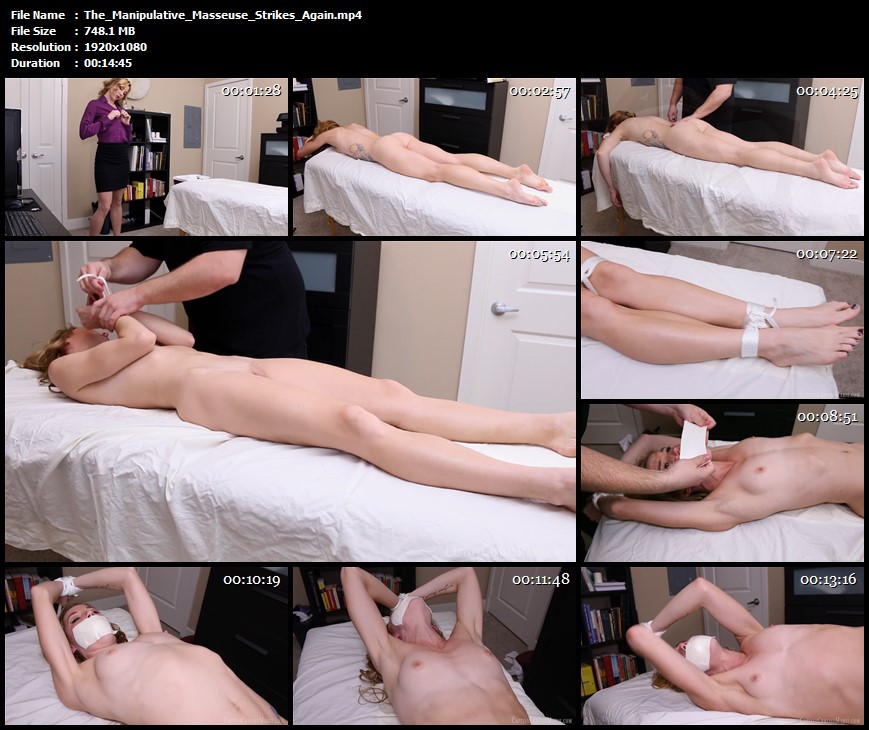