Tranced and Trained Into Bondage 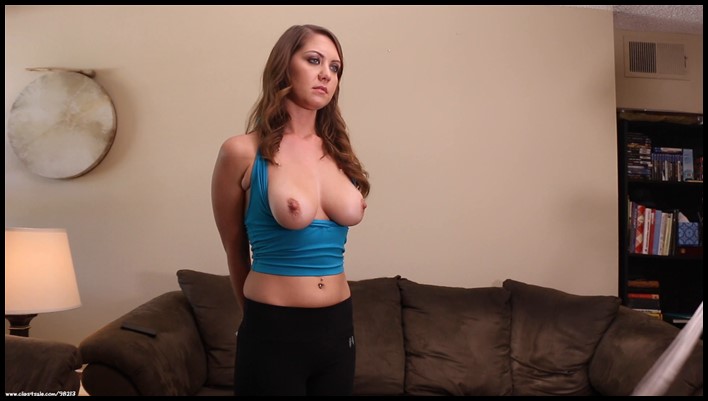 Tranced & Trained Into Bondage
20:17 video
I’m going to see a therapist today to hopefully help with my cell phone addiction. It’s so bad I just can’t seem to stop checking my phone all time in fear that I will miss an important update or text! When I show up to our session I’m in the middle of something important and have a hard time putting my phone down to introduce myself but I do. I start to explain my issue he says he has a solution. He asks me to put my phone down, which I do reluctantly, and starts swinging and sparkly pendant in my face and tells me to follow it with my eyes. I quickly start feeling very relaxed. He tells me I’m starting to feel sleepy, and I repeat sleepy, barely even realizing it. He tells me that he is going to count back from 3 to 1 and when he reaches one I will fall into a deep sleep and will obey all his commands. He counts down and when he reaches one my head falls limp and I’m completely under. He briefly fondles my big tits and tells me that he is going to tie me up in order to keep me from being able to check my phone. Being fully under his control, I don’t question this, I just say "tie me up". He tells me that when I wake up, I will tie up my ankles and thighs with rope. He says ‘obey’ and I snap into a trance and start tying myself up. After I finish he commends my work then wakes me up normally, and I’m really confused and start questioning him why my legs are tied up! I start trying to untie myself when he says "obey" and I stare blankly forward in a trance again. He has me stand up so that he can tie my hands behind my back, but first orders me to expose my breasts and I do so without hesitation, he has full control over me no doubt. Once my hands are secured he wakes me normally and I’m very upset that I’m topless and tied so tightly! I tell him to let me out right away, but he just puts me back into a trance so he can finish his rope work. He start to ball gag me and tell me to open mouth, but then wakes me normally just before he shoves it in, causing an intense struggle against the gagging as I’m totally confused as to what’s happening! He manages to restrict my struggling and fasten the gag and start fondling me aggressively while I struggle in his arms, before saying "obey" and putting me into a trance yet again. He lays me down on floor and removes my sandals. I’m perfectly bound and gagged and now he just want to watch me struggle. He wakes me normally the desperate squirming and mmpphh-ing begins as he watches and enjoys me fight against the bondage. After he’s had enough, he tells me to obey and I stop struggling and stare forward. He tells me that I am now a slave in bondage and I am enjoying being tied up. I obey and start moaning pleasurably through the ball gag as he fondles me. He wants to see me struggling one last time, so he wakes me up and I freak out again and struggle trying to get free. He knows it’s time for our session to end, even though he doesn’t want it to. But he says obey and puts me back under to untie and ungag me. He has me cover up and says that when I wake up I am not going to remember any of this, I’m going think I had a really great session and I’m going to want to have all my text-a-holic friends come see him! He wakes me, I thank him for the session, and leave completely unsuspecting that I was bound and gagged by my therapist! 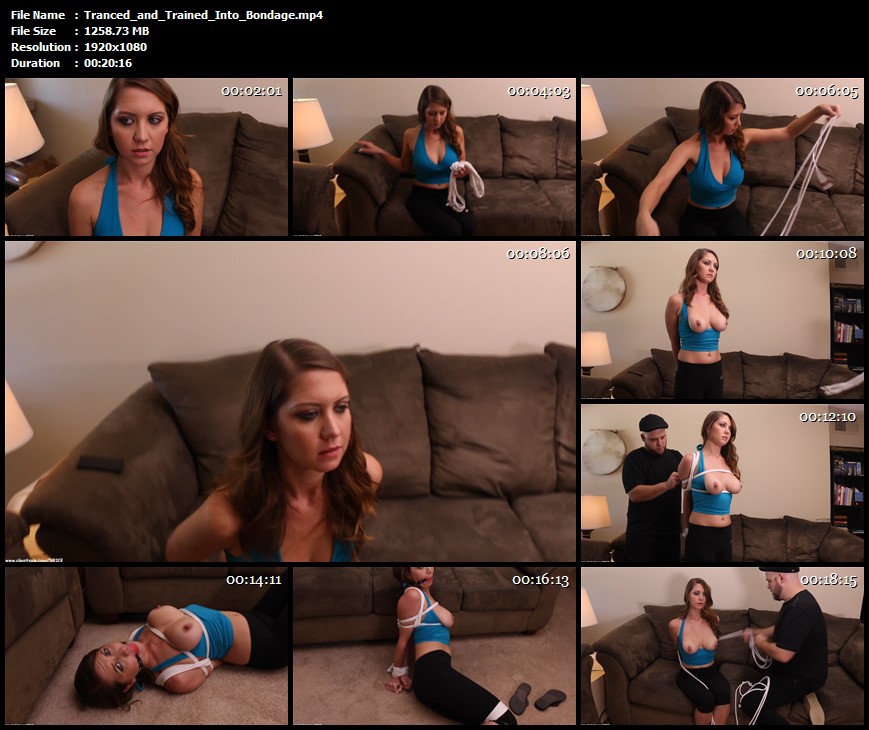