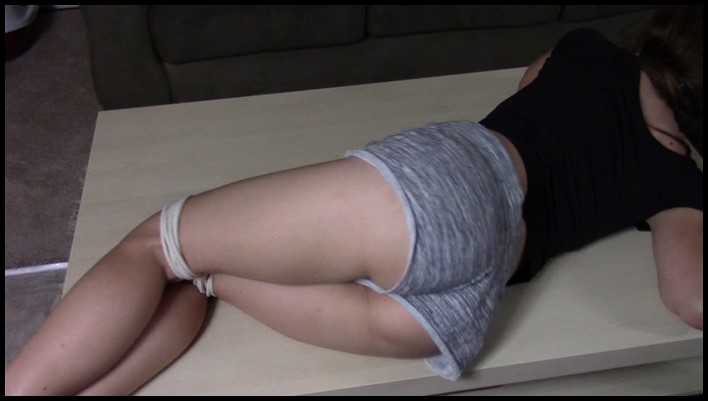 Whining Girlfriend
14:27 video
My boyfriend really hates it when I bother him when he is watching the game, but sometimes I just can’t help it when I need to tell him something. Today I told him many times to take out the trash before turning on the TV, but that didn’t happen. When I ask him to do it he yells at me to leave him alone, so I tell he can do it after. Later I come back because I wanted to tell him something important before I forgot, and he looses his temper. He grabs me, ties me up to the coffee table, and gags me with a huge ball gag. I was definitely not expecting him to react this way and I am scared and confused. I struggle and try to get free with no luck. My ball gag is in so tight that I start drooling on my own arm as my mouth fills up with saliva from the inability to swallow. I plead with him to let me out. He refuses and proceeds to pull down my shorts and spank me until my ass turns red. He leaves for poker and I’m left all bound, gagged and struggling. I definitely learned my lesson to never talk during the game again. 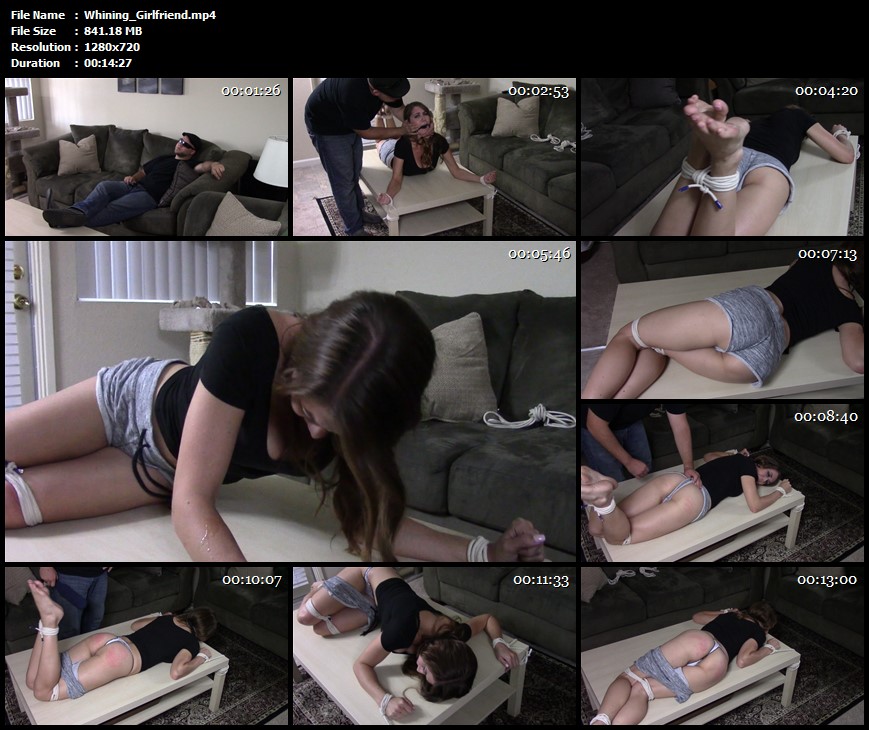